In 1961, Roger Maris and Mickey Mantle played for the New York Yankees. One, Mantle, was universally loved, while the other, Maris, was universally hated. Both men started off with a bang, and both were nearing Babe Ruth's 60 home run record. Which man would reach it? 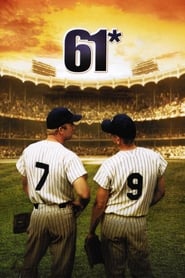