Ellie is a 27-year old whose life is far from where she imagined it to be. Filled with annoying friends, a self-involved boyfriend, and a career that she can’t bring herself to pursue, Ellie feels detached from her life. When she learns that her estranged alcoholic father has died, her world is disrupted and she begins a journey that takes her to a small town in Texas. While dealing with the logistical arrangements of her father’s death Ellie has to confront what happens when the structures and safety nets we build for ourselves come undone. 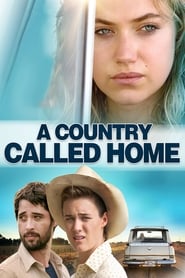 **Time heals the pain!** A feel good indie film. I expected a complete drama, probably realistic and nothing more. It was slightly hopping around with different genres. Yeah, there were some fun, though how the tale had begun and how the rest of the narration shaped up was not so blendful. A young woman returns home after learning about her father's sudden death. It was the first visit after many years, especially since her mother's death. She also for the first time meets her grandparents. This trip is a different experience. The short stay extents, and then she meets Reno, a singer who stuck in the plac due to her mother. From there how the rest of the story unfolds is told decently. It had characters, the great ones. The story too, but not all the scenes were so great. Particularly Reno made this film a bit cheerful. Usually indie films are one-off, but I thought they should make another one. Because feels there's more to add to it, like a road trip, followed by the rest of their lifeline in LA. Or maybe a prequel seems good too. If you like drama films, you would enjoy it. But not for everyone. Imogen was good, I liked somebody like her accepted the role. Then Mackenzie Davis and others too were good. Not many people had seen it, for that reason itself, it deserves to be watched. Forget the film critics, just try it and rate it. **7/10**