Four years after Isla Nublar was destroyed, dinosaurs now live—and hunt—alongside humans all over the world. This fragile balance will reshape the future and determine, once and for all, whether human beings are to remain the apex predators on a planet they now share with history’s most fearsome creatures. 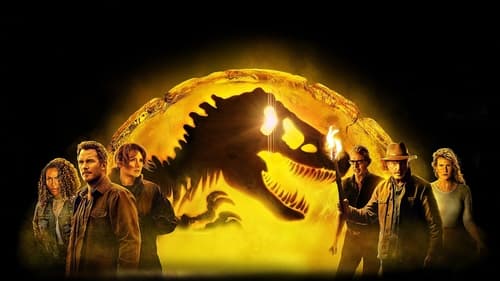 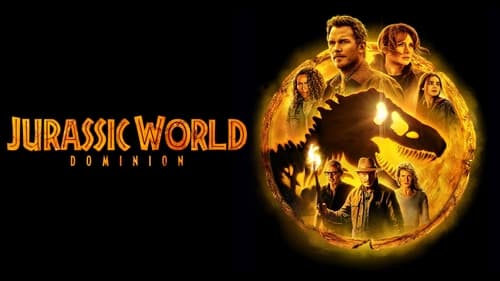 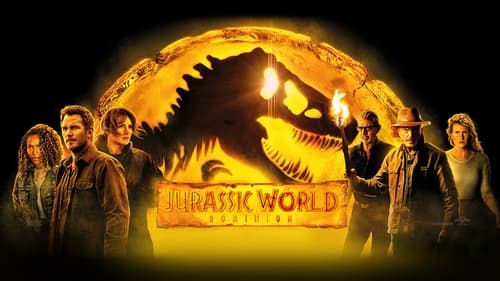 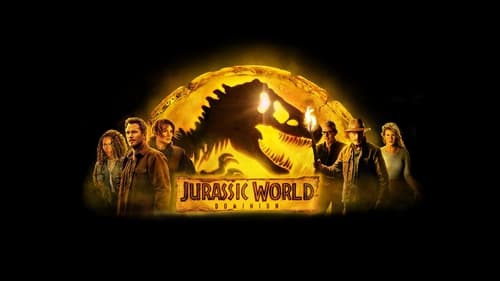 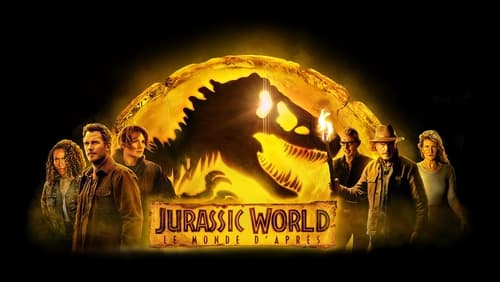 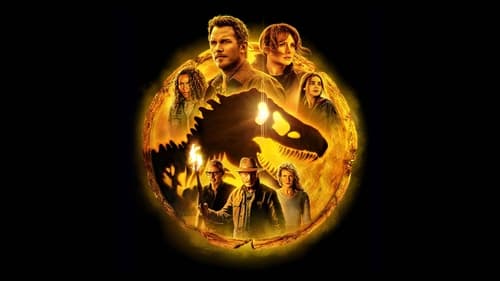 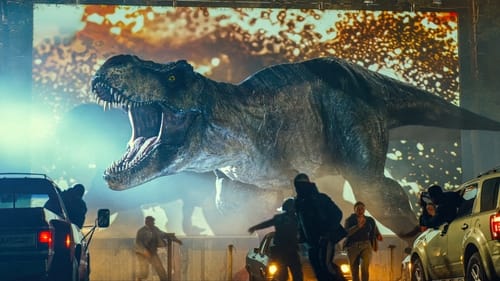 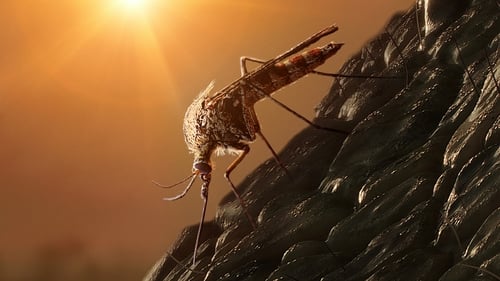 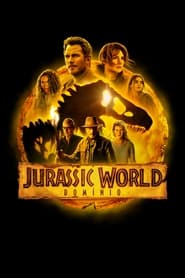 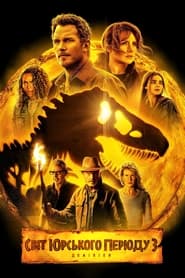 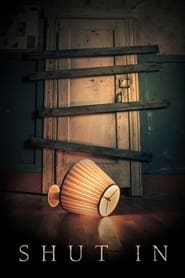 A young single mother is held captive along with her two children by a violent ...

After more than thirty years of service as one of the Navy’s top aviators, ... 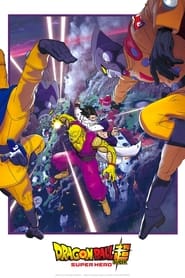 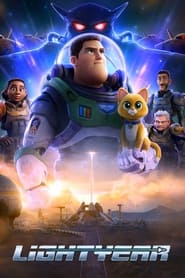 Legendary Space Ranger Buzz Lightyear embarks on an intergalactic adventure alongside a group of ambitious ...

"Owen" (Chris Pratt) and "Claire" (Bryce Dallas Howard) are living in the remote wilderness with "Maisie" (Isabella Sermon), whom they are desperate to protect. From what? Well it turns out she is a bit of a miraculous conception from the "Lockwood" dynasty that co-founded the original park with "Hammond" and is very much on the radar of corporate megalomanic "Dodgson" (Campbell Scott) whose company is devising super-engineered locusts to devour great swathes of crops across the United States that are not grown from their own brand of seed. This is where "Sattler" (Laura Dern) comes in. She is convinced of this dastardly plan, but must compare the DNA of one from his lab with one they secured in the wild so she can prove it. Her plan enlists the help of old pal "Grant" (Sam Neill) and with the help of their intellectual nemesis "Malcolm" (a suitably contrarian effort from Jeff Goldblum) they secure an invitation to the company's sanctuary in the Italian Dolomites. Meantime, the young girl is abducted from her wintry home, as is the baby of velociraptor "Blue" and so Pratt and Howard have to track them down, and that takes them on some quickly paced, but hardly original, set piece adventures where they meet pilot "Kayla" (DeWanda Wise). She chips in to help them in what now reminded me of aspects of the Brendan Fraser "Mummy" films, before they also end up in the Italian mountains. Can they team up and thwart the cunning plan? The problem with this, is that there are just way too many characters and too many weakly constructed threads to the story going on. It's all too diffuse and serendipity in the last hour or so just takes far too great a hand in the way the narrative combines and develops. The dinosaur effects are still amazing, but oddly enough I felt them less effective than in previous iterations - there just aren't enough scenes that feature them and when they do, they are just under-used. Pratt is always good value for me, but here he looks out of sorts and hardly features at all; Scott just doesn't cut it as the malevolent baddie (though could his character be the same guy who tried to buy the specimens in the first film?) and Sam Neill relies too much on his bemused facial expressions - indeed his best work on this is pretty much all included in the trailers. It looks great on big screen, includes a few bars now and again from John Williams masterful 1993 score, but for the main part this is a pretty mediocre conclusion to a great franchise with an ending that is rushed and entirely predictable.

FULL SPOILER-FREE REVIEW @ https://www.msbreviews.com/movie-reviews/jurassic-world-dominion-spoiler-free-review "Jurassic World Dominion is a massive disappointment on virtually every level. With an incredibly captivating premise, Colin Trevorrow ignores the fascinating years of mankind trying to deal with the chaos of dinosaurs repopulating Earth, opting instead to write a generic, formulaic, surprisingly tedious screenplay. In addition to the lousy character treatment, the cast is divided into two storylines focused on nonsensical, bland rescue and espionage missions, placing dinosaurs on the back burner during the excessively long runtime. Action sequences reach drastically low entertainment levels, sometimes imperceptible due to erratic camera work and choppy editing. The cast, visuals, and score might save this from being a complete trainwreck, but not from miserably failing to deliver an epic conclusion to a saga that deserved nothing less than that." Rating: D

With _Jurassic World Dominion_, a _Jurassic World_ film where dinosaurs are now free and interacting with the modern world shouldn’t feel this long-winded or this tiresome. There are a few action sequences that are worthwhile and Jeff Goldblum has a few great one-liners (“You made a promise to a dinosaur?”), but the film is a monumental disappointment overall. The film has already made over $415 million at the worldwide box office, so the interest in the franchise is still there. But the chemistry between the cast is almost non-existent and it feels like the film is running on fumes as it tries to offer something new from what is otherwise dried up fossil fuel. If the _Jurassic Park/Jurassic World_ franchise is to continue, it desperately needs to go in a refreshing and unseen direction. Now that all of the nostalgia is out of the way, fans deserve a refreshing and unique adventure over what is otherwise a glorified rehash. **Full review:** https://hubpages.com/entertainment/Jurassic-World-Dominion-2022-Review-You-Cant-Squeeze-Fun-From-a-Fossil

'Jurassic World Dominion' is far from perfect, if just about entertaining to watch... kinda. I'm not fully convinced by it but I do think there's enough in there that's worth watching. There are too many characters, even main characters with the original trio and the newer duo both involved equally. With that said, I do like 'em. It's pleasant to see Sam Neill, Laura Dern and Jeff Goldblum, while Chris Pratt and Bryce Dallas Howard are a good pairing. Still, I wouldn't say any one character stands out here. They all make their presence known, though I'm struggling to remember any great moments individually - that's due to the aforementioned surplus. The rest of the cast, fwiw, are all fine - Mamoudou Athie sticks out most in that regard. The run time is overlong, in my opinion. I personally could've done without 30 or so minutes and I wouldn't have felt it was missing anything. The story itself isn't all that fresh, as in I feel like I've seen this sorta thing before (I mean, Biosyn... how creative!), but the barrage of dinosaur-centric action probably just abouts tips it over into a positive rating for yours truly. Could easily be lower, though. I'd love for this to be the end of the Jurassic franchise (is there much more to tell?) but there ain't no way Amblin/Universal are leaving this IP to collect dust, let's be honest.

So after watching the first four movies in this franchise (three of which I had seen more than once, I finally watched this most recent effort. There are similarities and differences between Dominion and the earlier ones. It held some of the usual elements: a child for us to care when they placed her in danger; the ability of the heroes (even the child) to outrun dinosaurs under a blind panic; walking dinosaur food, also known as bad guys; and references to the original theme park that started it all. They outdid themselves this time - keep an eye out for the Barbasol shaving cream canister. POf course, there are plenty of differences also. Parts of it weren’t even recognizable as part of the franchise. They juggle plot lines around the dinosaurs, the ethics of genetic engineering, a child clone kidnapping, industrial malfeasance, and what for me was the most interesting subplot and most closely tied to the original film: the struggle for humans and dinosaurs to co-exist under the new planetary paradigm. Another difference is that there are two romances developing throughout the film. An improvement is the return of characters we know well: Ellie Sattler and Alan Grant and Ian Malcolm is present long enough to get in a few of his witticisms, unlike in the last movie. So ultimately I found Dominion to be entertaining enough to stick with it, though the aspects that might have been intended to make me think just sort of got in the way.

After more than thirty years of service as one of the Navy’s top aviators, and dodging the advancement in rank that would ground him, Pete “Maverick” Mitchell ... 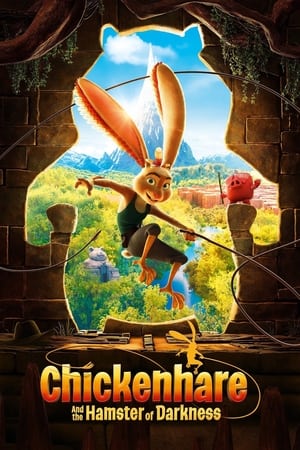 Chickenhare and the Hamster of Darkness

Young Chickenhare is the adopted son of King Peter, a famous adventurer. Part chicken and part hare, he has a really tough time growing up and disguises himself ...

Finney Shaw, a shy but clever 13-year-old boy, is abducted by a sadistic killer and trapped in a soundproof basement where screaming is of little use. When a ...

When a shadowy CIA agent uncovers damning agency secrets, he's hunted across the globe by a sociopathic rogue operative who's put a bounty on his head. 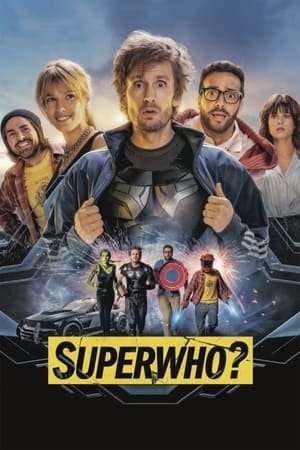 Struggling actor Cedric seems doomed to lead the life of a loser. He's broke and his girlfriend has dumped him. Even his own father, sister and best buddies ... 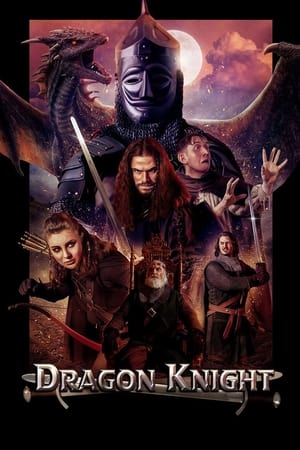 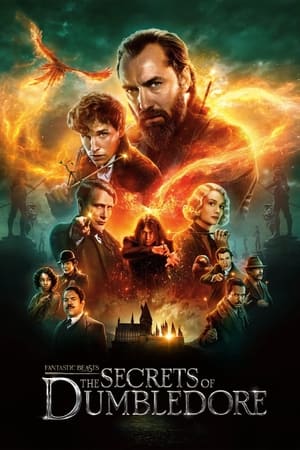